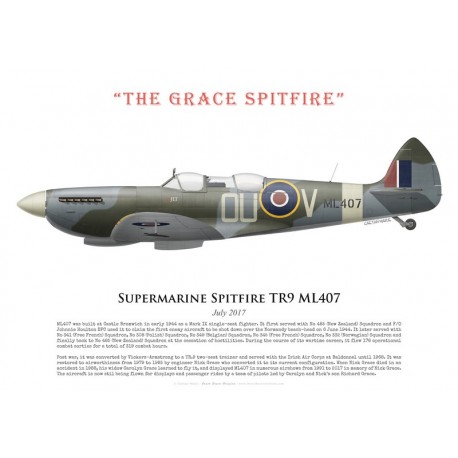 Post war, it was converted by Vickers-Armstrong to a TR.9 two-seat trainer and served with the Irish Air Corps at Baldonnel until 1968. It was restored to airworthiness from 1979 to 1985 by engineer Nick Grace who converted it to its current configuration. When Nick Grace died in an accident in 1988, his widow Carolyn Grace learned to fly it, and displayed ML407 in numerous airshows from 1991 to 2017 in memory of Nick Grace. The aircraft is now stil being flown for displays and passenger rides by a team of pilots led by Carolyn and Nick’s son Richard Grace.