Bravo Bravo Aviation is an aviation artist community and offers a wide selection of "profile prints" and aviation art: highly detailed illustrations of aircraft from all periods and origins. Our prints make great gifts for pilots, aviation enthusiasts, veterans and their relatives, or even friends and family.

Our illustration are non-photorealistic artistic representations of real aircraft. Each profile is the result of thorough research and great attention to historical and technical details.

If you would like to commission a custom-made print, please contact us so we can give you a quote. The cost will depend on the amount of work required, but you might be surprised at how affordable it can be !

If you'd like to modify the layout or text of an existing print (text, image or logo modifications), please contact us with your request. In most cases, such modifications are free of charge.

We print using Epson printers and inks, and Tecco™ Digital Photo PM230™ matt archival-grade photo paper (unless otherwise indicated). The type of paper may be modified at any time, depending on availibility, and replaced by an equivalent type of paper.

We use Epson™ Claria™ inks, which provide vivid colours and are resistant to water (yes!), humidity, scratching and aging. Photos printed using Epson™ Claria™ inks have a longevity of 200 years in  an album) or 98 years when framed (manufacturer data).

All of our prints are shipped in reinforced tubes or cardboard envelopes, to make sure they are not damaged during shipping. In the unlikely event that your print is delivered damaged, please contact us so we can set up a replacement shipping as quickly as possible.

All of our shipments include tracking, so that you can follow the progress of your order.

Founder of BravoBravoAviation.com, Bertrand Brown writes, composes and draws under the alias "Gaëtan Marie". After using watercolours for some years, he discovered infographics and kept at it. His drawings are published on his website GaetanMarie.com. He has been published in numerous aviation magazines, publications and websites, and also manages several aviation-orientated websites.

Born in 1981 in a Franco-American family, he noticed that aviation art was little-known in France and has been promoting French -themed aviation art ever since. 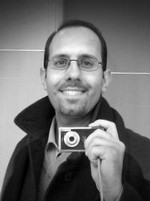 Born in 1972 in Cagliari, Ugo took an interest to art in his young age and expressed his passion for aviation. In 2005, he created AviationGraphic.com, an aviation artist and illustrators' guild, which creates official squadron prints for numerous services and units (U.S. Air Force, U.S. Navy, U.S. Marine Corps, Luftwaffe, KLU, HEER, AMI, amongst many others).

Ugo is particularly well-known for his splendid helicopter illustrations. 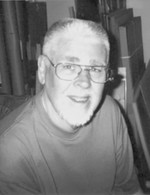 Roy was born in Santa Barbara, California, and began painting aviation art when he was very young. After serving in the US Navy, he studied arts in Los Angeles.

Roy's oil paintings are famous in the entire world. He is the official painter for the American Fighter Aces Association as well as the American Combat Airman Hall of Fame. He has received numerous international prizes and awards. 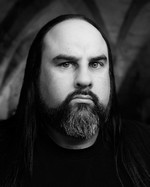 Illustrator, aircraft nut, competitive plastic modeler, Cleveland, Ohio-native Dave Douglass has combined many of his interests and obsessions with computer graphics to produce detailed aircraft profiles. Born in 1964, he has spent the better part of his life pouring over books, photos and illustrations of aircraft, building plastic models of aircraft and long hours daydreaming of every aspect of aircraft. From drawing airplane profiles as a child to creating two-dimensional artwork for flight simulator aircraft as an adult, Dave has come full circle to realize one of his earliest dreams, creating profile art of his favorite flying machines. 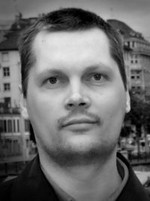 Born in 1975 in Saint-Petersburg, Russia, where he currently lives and works as a telecommunications engineer, "Mangas" has always been interested in aviation history, in particular related to World War Two. He was noted for his skins for the flight simulator "Il-2 Forgotten Battles" and recently decided to try his hand at aircraft profiles, with great success. 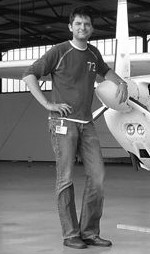 Born in Franeker in 1979, Lieuwe grew up near Leeuwarden Airbase and developed an interest in military aviation at a young age. Being interested in flight simulation first led him to create textures and skins for games such as MS Flight Sim, Il-2 Forgotten Battles, Pacific Fighters and Operation Flashpoint. This hobby then evolved into a passion for making aviation profile drawings. His main interest in aviation art lies in post-World War Two military aviation. 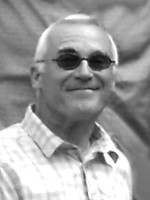 Born near Paris in 1956, Philippe developed an interest in drawing at a very young age and studied arts.

Passionate about aviation, he is an ultralight pilot, both in the real and "flight-sim" world. He is also very interested in naval aviation history and tries to share his passion through his profiles.

What our customers say about us

“The top quality profiles of the various color schemes of P-51 Sierra Sue II by Gaëtan Marie added immeasurably to the appeal of my book, "Combat Vet P-51".”

“Got your prints today and awesome indeed they are.”

“Simply perfect and fast as lightning!!”

“Many thanks for the wonderful service!”