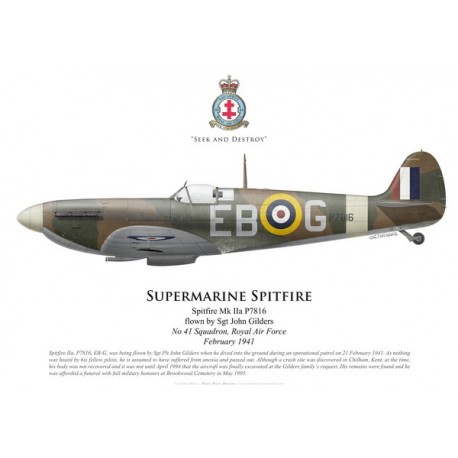 Spitfire IIa, P7816, EB-G, was being flown by Sgt Plt John Gilders when he dived into the ground during an operational patrol on 21 February 1941. As nothing was heard by his fellow pilots, he is assumed to have suffered from anoxia and passed out. Although a crash site was discovered in Chilham, Kent, at the time, his body was not recovered and it was not until April 1994 that the aircraft was finally excavated at the Gilders family’s request. His remains were found and he was afforded a funeral with full military honours at Brookwood Cemetery in May 1995. 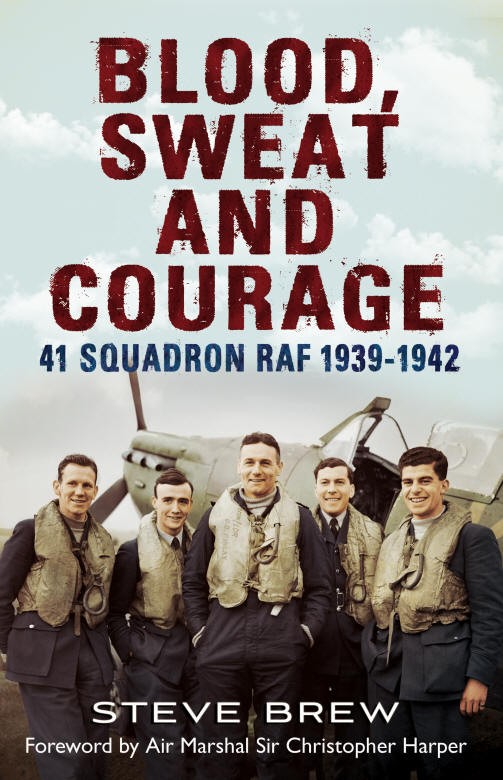