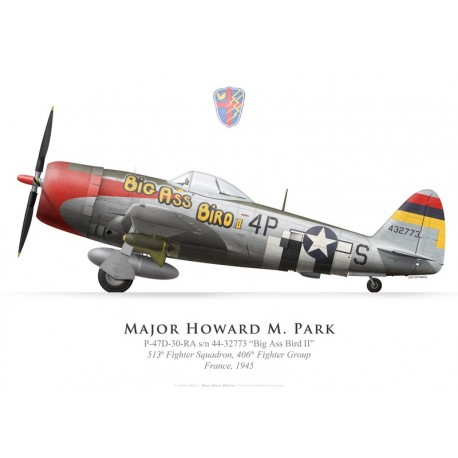 Major Howard Park was one of the 406th Fighter Group's best attack pilots. The group's Thunderbolts were well-known for their lavish colours. Park was the first pilot to achieve combat kills using the new HVAR rockets during the Normandy landings, and also used them to destroy a German warship in Brest harbour.

No reward points for this product because there's already a discount.

No reward points for this product because there's already a discount.