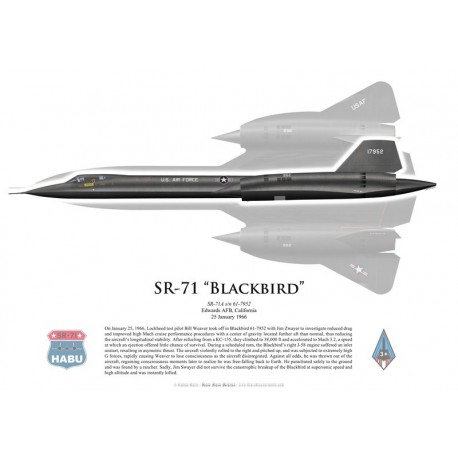 During a test flight on January 25, 1966, Bill Weaver and Jim Zwayer lost control of their SR-71 Blackbird at Mach 3.2, a speed at which an ejection provided little chance of survival. The aircraft literaly broke up and Weaver was miraculously thrown out unharmed. Tragically, Zwayer did not survive the catastrophic event.

3 other products in the same category: